Founded in Athens, Georgia in 1980, R.E.M. was one of the most influential rock bands of the '80s and early '90s, credited with helping to bring independent "alternative" bands into the mainstream of pop music. Known for their twang-folk rock and inscrutable lyrics, the band members are vocalist Michael Stipe (b. 4 January 1960), guitarist Peter Buck (b. 6 December 1958), bassist Michael Mills (b. 17 December 1958) and drummer Bill Berry (b. 31 July 1958).
Their first LP, Murmur, was hailed by critics as one of the best rock records of 1983 and included the college radio hit "Radio Free Europe," establishing a pattern for their career. Their audience continued to grow, their albums began to produce underground hits and they toured the United States, finally breaking through to mainstream audiences with the albums Life's Rich Pageant (1986) and Document (1987). By the '90s they were mega-stars on radio and MTV, and Stipe especially became a pop celebrity. Berry retired from the group in 1997, but the band continues to record and perform and rock critics continue to heap praise on their work. Some of their hits include "The One I Love" (1987), "Orange Crush" (1988) and the Grammy-winning "Losing My Religion" (1991). 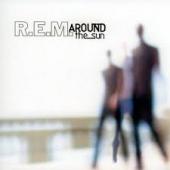 Around The Sun
Released: 2004
Tracks: 13
Including: Leaving New York 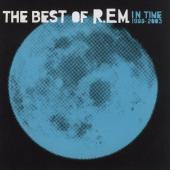 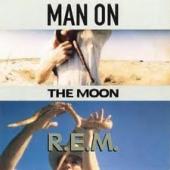 Man On The Moon OST
Released: 1999
Tracks: 6
Including: Mighty Mouse Theme (Here I Come To Save The Day) New Adventures In Hi-Fi
Released: 1996
Tracks: 13
Including: The Wake-up Bomb Automatic for the People
Released: 1992
Tracks: 11
Including: Drive Out Of Time
Released: 1991
Tracks: 10
Including: Country Feedback 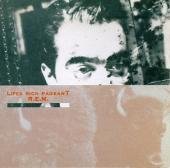 Fables Of The Reconstruction
Released: 1985
Tracks: 11
Including: Driver 8