"Billions and billions of years ago, darkness was all that existed. Then The Master, ruler of the universe, created the planets and everything in them. But soon The Master became bored of this and created death, destruction and war. He enjoyed watching the peons die but soon even that became boring, he himself wanted to kill. So he began slaughtering the humanoids that littered the planets face, but that too lost its fun. He needed more of a challenge, so he created God-like creatures with whom he could do battle. But soon there were too many of these creatures, and he had to be rid of them.
He conjured up all his power and created the most powerful he could, GWAR was formed. This elite fighting force was called The Scumdogs of the Universe. The Master used them to destroy all of his enemies. Millions of years and millions of battles later, GWAR became more powerful and craved even more power. Thinking that they could take over The Master's throne, GWAR attacked him and the greatest of all battles began. The carnage lasted a billion years before The Master created the ultimate weapon - the Death Pod. The pod swallowed GWAR up and delivered them to The Master.

"Ahhhh, foolish Scumdogs", The Master laughed. After thinking about what their punishment should be, he finally decided: GWAR shall be banished to a miserable mudball planet called Earth...

The Earth rumbled when the mighty Death Pod crashed into its surface. Shaken and confused, GWAR crawled out and looked around. Thinking they could have a nice little planet once its cleared off, they destroyed the dinosaurs. Afterwards they created Stonehenge so they could play croquet, and weren't having that bad of a time. The Master looked down upon this and frowned, what kind of punishment is this? So to stop the nonsense he imprisoned GWAR in an iceberg on the frozen continent of Antarctica.

Millions of years later: 1980ish. Glam rock was at its peak, groups like Poison and Whitesnake were dominating the airwaves. They inspired a whole slew of new "hair spray" bands. But little did they know, all of that hair spray put a hole in the ozone - right above Antarctica! Soon the unfiltered gamma rays melted the iceberg and GWAR was free.

Meanwhile, Sleazy P. Martini was fleeing the country on drug charges, flying over the former tomb of GWAR. He picked them up and brought them back to America. He taught them how to use instruments and they learned the language from watching midget wrestling and MTV. Soon GWAR was known as the greatest band in the Universe...

Unsatisfied with being worshipped by humans, GWAR still wishes to take revenge on The Master. They discovered a way. If GWAR could summon the World Maggot, they could ride it back to the center of the universe and finally defeat The Master. The World Maggot is a large maggot that lives in the center of the Earth, the only way to wake it is to slaughter millions of innocent people. So, taking advantage of their newfound fame, GWAR puts on shows to which their fans flock. They murder and mutilate these fans, show after show, until enough blood is spilled to wake the maggot." 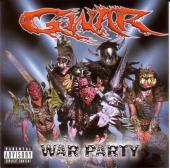 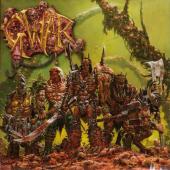 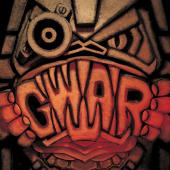 We Kill Everything
Released: 1999
Tracks: 17
Including: Fishfuck 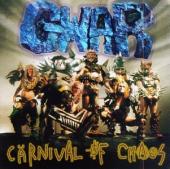 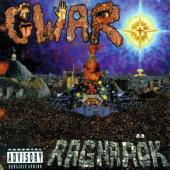 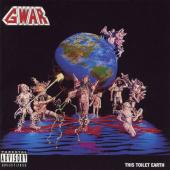 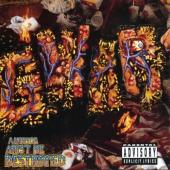 America Must Be Destroyed
Released: 1991
Tracks: 12
Including: Never Felt So Good 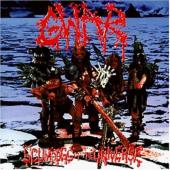 Scumdogs Of The Universe
Released: 1990
Tracks: 13
Including: Vlad The Impaler 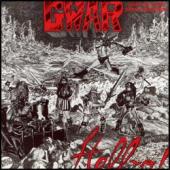