Few bands embodied the era of pop-metal like Bon Jovi. By merging Def Leppard's loud but tuneful metal with Bruce Springsteen's working-class sensibilities, the New Jersey-based quintet developed an ingratiatingly melodic and professional variation of hard rock — one that appealed as much to teenagers as to housewives. Bon Jovi skillfully employed professional songwriters to give their songs, especially their power ballads, an appropriately commercial sheen, inaugurating a trend that dominated mainstream hard rock and metal for the next decade.
They also made simple performance videos that emphasized lead singer Jon Bon Jovi's photogenic good looks, and these clips helped propel 1986's Slippery When Wet and 1988's New Jersey into multi-platinum status around the world. Both records were criticized for being more pop than metal, as well as being targeted toward teenyboppers, yet the group managed to subtly change its image in the early '90s, moving away from metal and concentrating on straightforward arena rock and big ballads. The shift in style worked, and Bon Jovi were the only American pop-metal band of the '80s to retain a sizable audience in the '90s.

Jon Bongiovi spent most of his adolescence ditching school to play rock & roll, usually in local bands with his friend David Rashbaum. Bongiovi's cousin Tony owned the famous New York recording studio the Power Station, which was where Jon hung out. He was hired as a janitor, and soon he was recording demos at the Power Station with several famous musicians, including members of the E Street Band and Aldo Nova. One of these demos, "Runaway," became a hit on local New Jersey radio, and Bongiovi formed Bon Jovi to support the song, recruiting not only Rashbaum, but also guitarist Dave Sabo, bassist Alec John Such, and drummer Tico Torres. Soon, Bon Jovi was the subject of a major-label bidding war, and the group — or, according to some reports, just Bongiovi — signed to Polygram/Mercury in 1983. Upon signing, Jon changed his last name to Bon Jovi in order to de-emphasize his ethnic background, and Rashbaum adopted his middle name Bryan as his last name. Before the group entered the studio, Bon Jovi replaced Sabo with Richie Sambora.

Bon Jovi's eponymous debut album was released in 1984, and "Runaway" became a Top 40 hit. Following its success, Tony Bongiovi sued the band, claiming he developed their successful sound; the group settled out of court. The following year, 7800 Fahrenheit was released and went gold. Despite the band's respectable success, Bon Jovi weren't becoming the superstars they had hoped, and they changed their approach for their next album, Slippery When Wet. Hiring professional songwriter Desmond Child as a collaborator, the group wrote 30 songs and auditioned them for local New Jersey and New York teenagers, basing the album's running order on their opinions. After ditching the original cover of a busty woman in a wet T-shirt for the title traced in water on a garbage bag, Slippery When Wet was released in 1986. Supported by several appealing, straightforward videos that showcased the photogenic Jon, the album eventually sold nine million copies in the U.S. alone, helping usher in the era of pop-metal. Two songs, "You Give Love a Bad Name" and "Livin' on a Prayer," reached number one, while "Wanted Dead or Alive" reached the Top Ten, and Bon Jovi were established as superstars.

Bon Jovi replicated the Slippery When Wet formula for 1988's New Jersey, which shot to number one upon its release. New Jersey was only slightly less successful than its predecessor, selling five million copies and generating two number one singles, "Bad Medicine" and "I'll Be There for You," as well as the Top Ten hits "Born to Be My Baby," "Lay Your Hands on Me," and "Living in Sin." In 1989, the band supported Cher, who was then dating Sambora, on her Heart of Stone album, which was recorded while the group was in the midst of an 18-month international tour. Following the completion of the tour, the band went on hiatus. During their time off, Jon Bon Jovi wrote the soundtrack for Young Guns II, which was released in 1990 as the Blaze of Glory album. The record produced two hit singles in the number one title track and the number 12 "Miracle," as well as earning Grammy and Oscar nominations. The following year, Bon Jovi reunited to record their fifth album, Keep the Faith, which was released in the fall of 1992. While the album didn't match the blockbuster status of its predecessors, largely because musical tastes had shifted in the four years between New Jersey and Keep the Faith, it was nevertheless a big hit, and its more straightforward, anthemic sound produced the hit single "Bed of Roses." A hits collection, Cross Road, followed in 1994, and in the fall of 1995, they released These Days, which proved to be a bigger success in Europe than America. After appearing in the 1996 film Moonlight and Valentino, Jon Bon Jovi released his first official solo album in the summer of 1997. Three years later, Bon Jovi regrouped and released Crush. "It's My Life" and "Thank You for Loving Me" were a chart hits and Bon Jovi's star power soared beyond their wildest dreams. Crush eventually went double platinum in the U.S. and sold eight million copies worldwide, but Bon Jovi stayed focus. Within a year they returned with an eighth studio effort, Bounce, which appeared in fall 2002. Tours across the globe as well as dates with the Goo Goo Dolls fared well. In 2003 Bon Jovi re-recorded many of their most well-known songs for the release This Left Feels Right and followed it in 2004 with a DVD companion of the same title. The ambitious 100,000,000 Bon Jovi Fans Can't Be Wrong, four-CD/one-DVD box set of rarities, arrrived later that November, followed by Have a Nice Day in Sepetember of 2005. 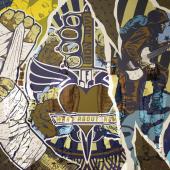 What About Now
Released: 2013
Tracks: 16
Including: Room At The End Of The World 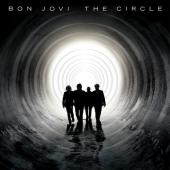 The Circle
Released: 2009
Tracks: 12
Including: We Weren't Born To Follow 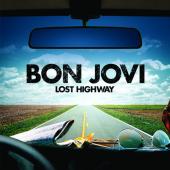 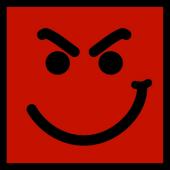 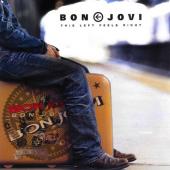 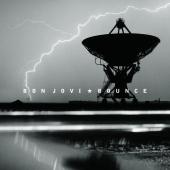 Bounce
Released: 2002
Tracks: 11
Including: All About Lovin' You 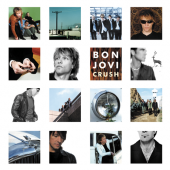 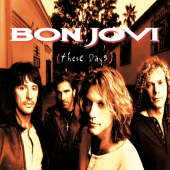 These Days
Released: 1995
Tracks: 21
Including: These Days 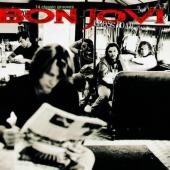 Cross Road
Released: 1994
Tracks: 6
Including: Living On A Prayer 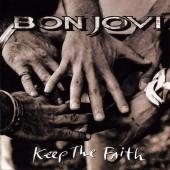 Keep The Faith
Released: 1992
Tracks: 13
Including: Bed Of Roses 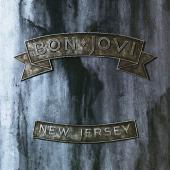 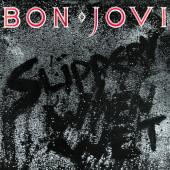 Slippery When Wet
Released: 1986
Tracks: 10
Including: You Give Love A Bad Name 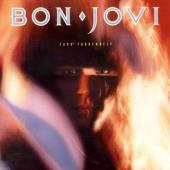 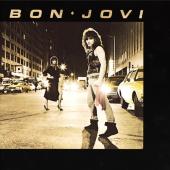 Bon Jovi
Released: 1984
Tracks: 9
Including: Shot Through The Heart

Bonus Tracks, Demos & B
Released: unknown
Tracks: 7
Including: No Regrets

N/A
Released: -
Tracks: 40
Including: When I Look Into Your Eyes