While most bands undergo a number of changes over the course of their careers, few groups experienced such radical stylistic changes as Fleetwood Mac. Initially conceived as a hard-edged British blues combo in the late '60s, the band gradually evolved into a polished pop/rock act over the course of a decade. Throughout all of their incarnations, the only consistent members of Fleetwood Mac were drummer Mick Fleetwood and bassist John McVie — the rhythm section that provided the band with its name. Ironically, they had the least influence over the musical direction of the band.
Originally, guitarists Peter Green and Jeremy Spencer provided the band with its gutsy, neo-psychedelic blues-rock sound, but as both guitarists descended into mental illness, the group began moving toward pop/rock with the songwriting of pianist Christine McVie. By the mid-'70s, Fleetwood Mac had relocated to California, where they added the soft rock duo of Lindsey Buckingham and Stevie Nicks to their lineup. Obsessed with the meticulously arranged pop of the Beach Boys and the Beatles, Buckingham helped the band become one of the most popular groups of the late '70s. Combining soft rock with the confessional introspection of singer/songwriters, Fleetwood Mac created a slick but emotional sound that helped 1977's Rumours become one of the biggest-selling albums of all time. The band retained its popularity through the early '80s, when Buckingham, Nicks, and Christine McVie all began pursuing solo careers. The band reunited for one album, 1987's Tango in the Night, before splintering in the late '80s. Buckingham left the group initially, but the band decided to soldier on, releasing one other album before Nicks and McVie left the band in the early '90s, hastening the group's commercial decline.

The roots of Fleetwood Mac lie in John Mayall's legendary British blues outfit, the Bluesbreakers. Bassist John McVie was one of the charter members of the Bluesbreakers, joining the group in 1963. In 1966 Peter Green replaced Eric Clapton, and a year later drummer Mick Fleetwood joined. Inspired by the success of Cream, the Yardbirds, and Jimi Hendrix, the trio decided to break away from Mayall in 1967. At their debut at the British Jazz and Blues Festival in August, Bob Brunning was playing bass in the group, since McVie was still under contract to Mayall. He joined the band a few weeks after their debut; by that time, slide guitarist Jeremy Spencer had joined the band. Fleetwood Mac soon signed with Blue Horizon, releasing their eponymous debut the following year. Fleetwood Mac was an enormous hit in the U.K., spending over a year in the Top Ten. Despite its British success, the album was virtually ignored in America. During 1968, the band added guitarist Danny Kirwan. The following year, they recorded Fleetwood Mac in Chicago with a variety of bluesmen, including Willie Dixon and Otis Spann. The set was released later that year, after the band had left Blue Horizon for a one-album deal with Immediate Records; in the U.S., they signed with Reprise/Warner Bros., and by 1970, Warner began releasing the band's British records as well.

Fleetwood Mac released English Rose and Then Play On during 1969, which both indicated that the band was expanding its music, moving away from its blues purist roots. That year, Green's "Man of the World" and "Oh Well" were number two hits. Though his music was providing the backbone of the group, Peter Green was growing increasingly disturbed due to his large ingestion of hallucinogenic drugs. After announcing that he was planning to give all of his earnings away, Green suddenly left the band in the spring of 1970; he released two solo albums over the course of the '70s, but he rarely performed after leaving Fleetwood Mac. The band replaced him with Christine Perfect, a vocalist/pianist who had earned a small but loyal following in the U.K. by singing with Spencer Davis and the Chicken Shack. She had already performed uncredited on Then Play On. Contractual difficulties prevented her from becoming a full-fledged member of Fleetwood Mac until 1971; by that time she had married John McVie.

Christine McVie didn't appear on 1970's Kiln House, the first album the band recorded without Peter Green. For that album, Jeremy Spencer dominated the band's musical direction, but he had also been undergoing mental problems due to heavy drug use. During the band's American tour in early 1971, Spencer disappeared; it was later discovered that he left the band to join the religious cult the Children of God. Fleetwood Mac had already been trying to determine the direction of their music, but Spencer's departure sent the band into disarray. Christine McVie and Danny Kirwan began to move the band towards mainstream rock on 1971's Future Games, but new guitarist Bob Welch exerted a heavy influence on 1972's Bare Trees. Kirwan was fired after Bare Trees and was replaced by guitarists Bob Weston and Dave Walker, who appeared on 1973's Penguin. Walker left after that album, and Weston departed after making its follow-up, Mystery to Me (1973). In 1974, the group's manager, Clifford Davis, formed a bogus Fleetwood Mac and had the band tour the U.S. The real Fleetwood Mac filed and won a lawsuit against the imposters — after losing, they began performing under the name Stretch — but the lawsuit kept the band off the road for most of the year. In the interim, they released Heroes Are Hard to Find. Late in 1974, Fleetwood Mac moved to California, with hopes of restarting their career. Welch left the band shortly after the move to form Paris.

Early in 1975, Fleetwood and McVie were auditioning engineers for the band's new album when they heard Buckingham-Nicks, an album recorded by the soft rock duo Lindsey Buckingham and Stevie Nicks. The pair were asked to join the group and their addition revived the band's musical and commercial fortunes. Not only did Buckingham and Nicks write songs, but they brought distinctive talents the band had been lacking. Buckingham was a skilled pop craftsman, capable of arranging a commercial song while keeping it musically adventurous. Nicks had a husky voice and a sexy, hippie gypsy stage persona that gave the band a charismatic frontwoman. The new lineup of Fleetwood Mac released their eponymous debut in 1975 and it slowly became a huge hit, reaching number one in 1976 on the strength of the singles "Over My Head," "Rhiannon," and "Say You Love Me." The album would eventually sell over five million copies in the U.S. alone.

While Fleetwood Mac had finally attained their long-desired commercial success, the band was fraying apart behind the scenes. The McVies divorced in 1976, and Buckingham and Nicks' romance ended shortly afterward. The internal tensions formed the basis for the songs on their next album, Rumours. Released in the spring of 1977, Rumours became a blockbuster success, topping the American and British charts and generating the Top Ten singles "Go Your Own Way," "Dreams," "Don't Stop," and "You Make Loving Fun." It would eventually sell over 17 million copies in the U.S. alone, making it the second biggest-selling album of all time. Fleetwood Mac supported the album with an exhaustive, lucrative tour and then retired to the studio to record their follow-up to Rumours. A wildly experimental double album conceived largely by Buckingham, 1979's Tusk didn't duplicate the enormous success of Rumours, yet it did go multi-platinum and featured the Top Ten singles "Sara" and "Tusk." In 1980, they released the double-album Live.

Following the Tusk tour, Fleetwood, Buckingham, and Nicks all recorded solo albums. Of the solo projects, Stevie Nicks' Bella Donna (1981) was the most successful, peaking at number one and featuring the hit singles "Stop Draggin' My Heart Around," "Leather and Lace," and "Edge of Seventeen." Buckingham's Law and Order (1981) was a moderate success, spawning the Top Ten "Trouble." Fleetwood, for his part, made a world music album called The Visitor. Fleetwood Mac reconvened in 1982 for Mirage. More conventional and accessible than Tusk, Mirage reached number one and featured the hit singles "Hold Me" and "Gypsy."

After Mirage, Buckingham, Nicks, and Christine McVie all worked on solo albums. The hiatus was due to a variety of reasons. Each member had his or her own manager, Nicks was becoming the group's breakaway star, Buckingham was obsessive in the studio, and each member was suffering from various substance addictions. Nicks was able to maintain her popularity, with The Wild Heart (1983) and Rock a Little (1985) both reaching the Top 15. Christine McVie also had a Top Ten hit with "Got a Hold on Me" in 1984. Buckingham received the strongest reviews of all, but his 1984 album Go Insane failed to generate a hit. Fleetwood Mac reunited to record a new album in 1985. Buckingham, who had grown increasingly frustrated with the musical limitations of the band, decided to make it his last Fleetwood Mac project. When the resulting album, Tango in the Night, was finally released in 1987, it was greeted with mixed reviews but strong sales, reaching the Top Ten and generating the Top 20 hits "Little Lies," "Seven Wonders," and "Everywhere."

Buckingham decided to leave Fleetwood Mac after completing Tango in the Night, and the group replaced him with guitarists Billy Burnette and Rick Vito. The new lineup of the band recorded their first album, Behind the Mask, in 1990. It became the band's first album since 1975 to not go gold. Following its supporting tour, Nicks and Christine McVie announced they would continue to record with the group, but not tour. Vito left the band in 1991, and the group released the box set 25 Years — The Chain the following year. The classic Fleetwood Mac lineup of Fleetwood, the McVies, Buckingham, and Nicks reunited to play President Bill Clinton's inauguration in early 1993, but the concert did not lead to a full-fledged reunion. Later that year, Nicks left the band and was replaced by Bekka Bramlett and Dave Mason; Christine McVie left the group shortly afterward. The new lineup of Fleetwood Mac began touring in 1994, releasing Time the following year to little attention. While the new version of Fleetwood Mac wasn't commercially successful, neither were the solo careers of Buckingham, Nicks, and McVie, prompting speculation of a full-fledged reunion in 1997. The live album Shrine 69 was released in 1999. Say You Will, the first Fleetwood Mac studio album in 15 years, appeared in April 2003. It also marked the group's first set without Christine McVie since 1997's live effort, The Dance. 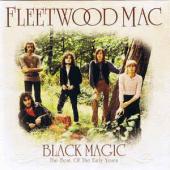 Black Magic: Best Of The Early Years
Released: 2011
Tracks: 2
Including: Like It This Way 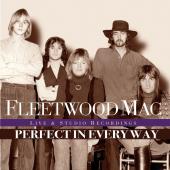 Perfect In Every Way
Released: 2010
Tracks: 1
Including: Honey Hush 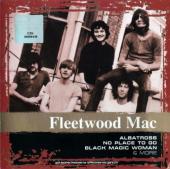 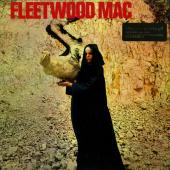 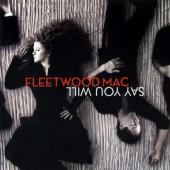 Say You Will
Released: 2003
Tracks: 18
Including: Murrow Turning Over In His Grave 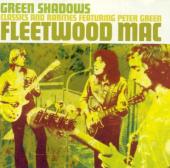 The Very Best Of Fleetwood Mac
Released: 2002
Tracks: 21
Including: Man Of The World

Tribute To The Blues
Released: 2002
Tracks: 1
Including: Worried Dream

Man Of The World
Released: 1997
Tracks: 1
Including: A Fool No More

Selections From The Chain
Released: 1997
Tracks: 7
Including: Make Me A Mask

Time
Released: 1995
Tracks: 13
Including: Hollywood (some Other Kind Of Town)

Behind The Mask
Released: 1990
Tracks: 13
Including: When The Sun Goes Down

Tango In The Night
Released: 1987
Tracks: 13
Including: Little Lies

Rumours
Released: 1977
Tracks: 11
Including: Go Your Own Way

Heroes Are Hard To Find
Released: 1974
Tracks: 11
Including: Come A Little Bit Closer

Penguin
Released: 1973
Tracks: 9
Including: Did You Ever Love Me

Mystery To Me
Released: 1973
Tracks: 12
Including: Hypnotized

Bare Trees
Released: 1972
Tracks: 9
Including: Child Of Mine

Future Games
Released: 1971
Tracks: 9
Including: Lay It All Down

Kiln House
Released: 1970
Tracks: 10
Including: This Is The Rock

Then Play On
Released: 1969
Tracks: 14
Including: Coming Your Way

N/A
Released: -
Tracks: 33
Including: Planets Of The Universe