UB40 are a British reggae band formed in 1978 in Birmingham. Featuring the same line-up of 8 musicians from 1978-2008, the band placed more than 50 singles on the UK charts, and achieved considerable international success as well. Their #1 hits include "Red Red Wine" (#1 UK/Canada/NZ/Holland), "Can't Help Falling In Love With You" (#1 US/UK/Australia/Sweden/Holland), and "I Got You Babe" (#1 UK/Holland).
The band members began as friends who knew each other from various colleges and schools across Birmingham.
The name "UB40" was selected in reference to a paper form issued by the UK government's Department of Health and Social Security (DHSS) at the time of the band's formation for claiming unemployment benefit. The designation UB40 stood for Unemployment Benefit, Form 40.

Before any of them could play their instruments, Ali Campbell and Brian Travers travelled around Birmingham promoting the band, putting up UB40 posters. The band purchased its first instruments from Woodroffe's Musical Instruments with £4,000 in compensation money that Campbell, who would become the lead singer, received after a bar fight during his 17th birthday celebration.

Their first gig took place on February 9, 1979 at The Hare & Hounds Pub in Kings Heath, Birmingham for a friend's birthday party.

UB40 caught their first break when Chrissie Hynde noticed them at a pub and gave them an opportunity as a support act to her band, The Pretenders. UB40's first single, "King"/"Food for Thought" was released on Graduate Records, a local independent label run by David Virr. It reached No. 4 on the UK Singles Chart.

Their first album was titled Signing Off, as the band were signing off from or closing their claim on the unemployment benefit. It was recorded in a bedsit in Birmingham and was produced by Bob Lamb. Norman Hassan said of the recording: "if you stripped my track down, you could hear the birds in the background." This is because his tracks were recorded outside in the garden. Signing Off was released on September 6, 1980, and entered the UK Albums Chart on October 2, 1980. It reached as high as No. 2 in the UK and spent 72 weeks in total on the chart. Signing Off is now a Platinum album.

Despite great success in the UK, UB40's popularity in the United States was only established after they released Labour of Love, an album of cover songs, in 1983. The album reached No. 1 on the UK Albums Chart and No. 8 on the Billboard Top 200 in the US. The album featured the song, "Red Red Wine", a cover version of a Neil Diamond song (in an arrangement similar to that of Tony Tribe's version).

Their most successful worldwide single release is the cover of the Elvis Presley ballad "(I Can't Help) Falling In Love With You" which was the main title to the 1993 Sharon Stone movie Sliver and was a number one hit across Europe and in the U.S..


UB40 live in Wellington, New Zealand in 2004In June 2007, Sparta Florida Music Group started legal action against heiress Paris Hilton and Warner Chappell Music for plagiarism due to similarities between the song "Stars Are Blind" and the song "Kingston Town", originally by Lord Creator. It was frequently misreported that UB40 was the instigator of the action,, and that it centered on their 1990 cover of the song. However, according to a statement UB40's site, they are not involved, and "Any speculated legal action taking place against Ms. Hilton would be entirely at the instigation of the original songwriter’s music publisher...who ultimately own the copyright to the song."

UB40 toured South Africa in July 2007 and headlined the Live Earth concert at the Cradle of Humankind, near Johannesburg. They performed one of the longest sets for the event at approximately 54 minutes.

On 21 August 2007, they performed with Cas Haley on the America's Got Talent Season Finale. In 2007 UB40 were signed by Ingenious Media PLC, a boutique London investment bank that finances comeback albums.

On 24 January 2008 it was announced that Ali Campbell would be leaving the group after 30 years. It was originally stated that this was in order for Campbell to concentrate on solo projects, but Campbell later said he was leaving due to "management difficulties". The remaining seven members released a statement saying: “Ali made a very simple decision, he chose to pursue and put his solo career over and above continuing to work with UB40 after February 2008, it’s as simple as that". The news that a second original member was leaving the band as a result of "management trouble" came on 19 March 2008. Keyboard player Michael Virtue followed Campbell, and also launched an investigation, with Campbell's legal company, into the financial dealings of the group.

It was reported by some Birmingham newspapers on 13 March 2008, that Maxi Priest would be the new lead singer of UB40 and had recorded a cover of Bob Marley’s "I Shot the Sheriff" with the band, based on information from an unnamed "source close to the band." Priest had joined UB40 on tour in 2007, culminating in sell out shows at the NEC in December. Another local newspaper reporting that Maxi Priest would be the new UB40 frontman, also included a statement from band spokesman Gerard Franklyn which contradicted this claim: "Maxi is collaborating with the band to record material but there is no decision been made to replace Ali Campbell with one definitive singer. The reports are half correct he will be appearing with them for this new recording." In April 2008, the BBC reported that Campbell was to be replaced in the band by his brother Duncan, with reggae singer Maxi Priest also bolstering the line-up on tour.[10]

The band's new album, Twentyfourseven, UB40's last with the original lineup, was a free insert in The Mail on Sunday's 4 May 2008 issue.[11]. The full 17 track version was released on 16 June 2008, but failed to go top 75 in the UK. This is a first for UB40, as all the official albums have previously gone Top 50 on the UK Albums Chart.

The band are set to do a UK Tour this July, and are already recording Labour of Love IV.
Influences
UB40 were influenced by the many Blues Parties they attended as teenagers in the multiracial Balsall Heath area of Birmingham. Their love of ska and reggae inspired such original tracks as "King", "Madam Medusa", "Food for Thought", "Signing Off" and "One in Ten".

Their early musical style was unique, with a heavy influence of analogue synthesisers, psychedelic rock guitar, saxophone and dub producer techniques which were later perfected by the late Pablo Falconer.

Ali and Robin Campbell have a musical heritage, being sons of Ian Campbell, a folk musician.

Many of UB40's recordings were inspired by 1960s ska and early lovers rock.


Achievements
UB40 is one of the most successful reggae acts of all time in terms of record sales (over 70 million), chart positions and touring schedule. During their three-decade long career, they have been performing sell-out shows worldwide and headlining the Reggae Sunsplash music festival in Jamaica, as well as spreading reggae to Russia and South America, among others. They have performed twice at the Night of the Proms, in 2000 and in 2006. In 2006 UB40 were also nominated for a Grammy Award (Reggae category) for their album Who You Fighting For.

Much of UB40's commercial appeal came from their releases of classic cover songs. In fact, all three of their UK number one hits and four of their five U.S. top ten hits were cover versions.

UB40's early music has often tackled social issues such as racism and unemployment.


Band Members
The ethnic makeup of the band is diverse, with musicians of English, Scottish, Irish, Yemeni and Jamaican parentage. From the band's 1978 inception through early 2008, UB40's line-up was constant: Who You Fighting For?
Released: 2005
Tracks: 13
Including: Reasons 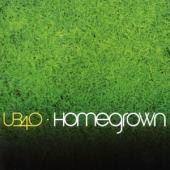 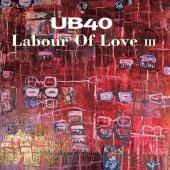 Labour of Love III
Released: 1998
Tracks: 7
Including: Someone Like You Guns In The Ghetto
Released: 1997
Tracks: 10
Including: Lisa 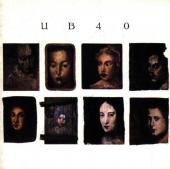 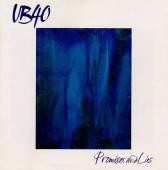 Rat in The Kitchen
Released: 1986
Tracks: 8
Including: Rat In Mi Kitchen Geffery Morgan
Released: 1984
Tracks: 7
Including: Your Eyes Were Open Labour Of Love
Released: 1983
Tracks: 9
Including: Johnny Too Bad Present Arms
Released: 1981
Tracks: 3
Including: One In Ten Signing Off
Released: 1980
Tracks: 8
Including: Food For Thought