Formed primarily for the purpose of starring in a television series, the Monkees were on one hand a cynically manufactured group, devised to cash in on the early Beatles' success by applying the most superficial aspects of the British Invasion formula to capture a preteen audience. On the other hand, they weren't devoid of musical talent, and at their best managed to craft some enduring pop/rock hits.
"I'm a Believer," "Last Train to Clarksville," "A Little Bit Me, a Little Bit You," "Pleasant Valley Sunday," "Stepping Stone," "Take a Giant Step," "Valleri," "Words" — all were pleasantly jangling, harmony rock numbers with hooks big enough for a meat locker, and all were huge hits in 1966-1968. Scorned at their peak by hipsters for not playing on many of their own records, the group gained some belated critical respect for their catchy, good-time brand of pop. It would be foolish to pretend, however, that they were a band of serious significance, despite the occasional genuinely serious artistic aspirations of the members.

The Monkees were the brainchild of television producers Bert Schneider and Bob Rafelson, who decided to emulate the zany, madcap humor of the Beatles' A Hard Day's Night for the small screen. In September 1965, they placed in ad in Variety for four "folk & rock musicians" to appear in a TV series. Over 400 applied for the job, including Stephen Stills and Harry Nilsson, but as it turned out only one of the four winners, guitarist and songwriter Michael Nesmith, actually saw the ad. Micky Dolenz (who would play drums), Davy Jones (who would sing), and Peter Tork (bass) found out about the opportunity from other sources. Nesmith and Tork had experience in the folk scene; Dolenz and Jones were primarily actors (although Nesmith and Jones had already made some obscure solo recordings).

From the outset, it was made clear that the Monkees were hired to be television actors first and musicians a distant second. There would be original material generated for them to sing in the series, mostly by professional songwriters like Tommy Boyce, Bobby Hart, Carole King, Gerry Goffin, and Neil Diamond. There would be records, as well — had to be, with that kind of weekly exposure, to promote the tunes — but the group wouldn't do much more than sing, although the series would give the impression that they played their own instruments.

The TV show was a big hit with young audiences between 1966 and 1968, with slapstick comedy, super-fast editing, and thin plots that could be banded together by almost surreal humor. It wasn't A Hard Day's Night, but it was, in its way, innovative relative to the conventions of television at the time. The irony was that, by the time the series debuted in September 1966, the Beatles themselves had just released Revolver, and had evolved way beyond their mop-top phase into psychedelia.

Also in September 1966, the Monkees' debut single "Last Train to Clarksville" became their first big hit, reaching number one, as did the follow-up, "I'm a Believer." They were quickly one of the most popular acts in the business, yet they were not allowed to play anything on most of their first records, only to sing; the instruments would be handled by session players. This was particularly hard for Mike Nesmith, a serious musician and songwriter, to swallow, although he did manage to place a few of his own tunes on their records from the start.

Eventually the Monkees revealed that they didn't play on most of their own records, and Nesmith in particular incited the group to wrest control of their recordings into their own hands. Partly to deflect criticism of the group as nothing more than puppets, and partly to effect control over their musical destiny (some of their early recordings had been packaged and released without their consent), the Monkees did indeed play and write much of the music on their third album, Headquarters (1967), with a lot of help from producer Chip Douglas. It didn't prove the band to be hidden geniuses, in fact sounding not much different from their previous releases, but as a hard-won victory to establish their own identity, it was a major point of pride. They would continue, however, to rely upon industry songwriters for the rest of their hit singles, and frequently employ session musicians throughout the rest of their career.

Despite the questions surrounding their musical competence, the Monkees did tour before live audiences. They made their own contribution to rock history by enlisting Jimi Hendrix, then barely known in the U.S., as an opening act for a 1967 tour; Hendrix lasted only a few shows before everyone agreed that the combination was a mismatch (to put it mildly). But the Monkees were always a lot hipper personally than many assumed from their bubblegum packaging. Their albums are strewn with rather ambitious, even mildly psychedelic, cuts, some rather successful ("Porpoise Song," Nesmith's "Circle Sky"), some absolutely awful. In 1968, they gained their freak credentials with the movie Head, a messy, indulgent, occasionally inspired piece of drug-addled weirdness that was co-written and co-produced by Jack Nicholson (before he had broken through to stardom with Easy Rider).

By 1968, the Monkee phenomenon was drawing to a close. The show's final episode aired in March 1968, and Head, released in November, was not a commercial success, confusing the teenyboppers and confounding the critics (not many people saw it to begin with in any case). Surprisingly, it was not Nesmith, but Tork who was the first to leave the group, at the end of 1968. They carried on as a trio, releasing a couple of fairly dismal albums in 1969, as well as producing a little-seen TV special. By the end of the '60s, Nesmith — who had established his credentials as a songwriter with "Different Drum," which was taken into the Top 20 by Linda Ronstadt and the Stone Poneys — was also gone, to start a lengthy solo career that finally allowed him to stretch out as a serious artist. That left only Dolenz and Jones, who fulfilled the Monkees contract with the pointless Changes in 1970.

When enough years separated the music from the hype, the Monkees underwent a critical rehab of sorts, as listeners fondly remembered their singles as classy, well-executed, fun pop/rock. That led to a predictable clamor for a reunion, especially after their albums were reissued to surprisingly swift sales in the mid-'80s, and their series was rerun on MTV. Nesmith was having none of it; by this time he was a respected and hugely successful music video mogul with his Pacific Arts company. The other three did reunite to tour and record a predictably horrendous album, Pool It! (Nesmith did join them once on-stage in 1989). Rhino has treated the Monkee catalog with a respect usually accorded for Charlie Parker outtakes, reissuing all of their original albums on CD with added unreleased/rare bonus tracks, and even assembling a box set.

Albums by The Monkees

Missing Links, Volume 3
Released: 1996
Tracks: 19
Including: She Hangs Out 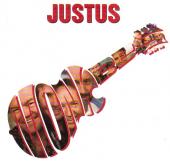 Justus
Released: 1996
Tracks: 12
Including: Run Away From Life 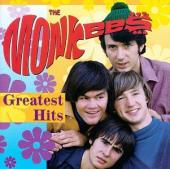 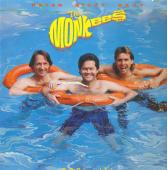 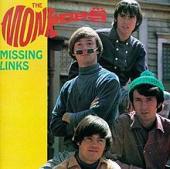 Missing Links Volume 1
Released: 1987
Tracks: 16
Including: All Of Your Toys 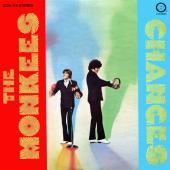 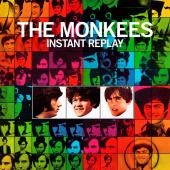 Instant Replay
Released: 1969
Tracks: 12
Including: Me Without You 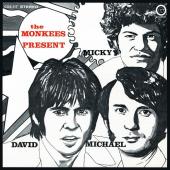 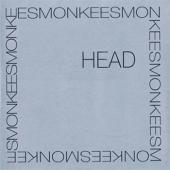 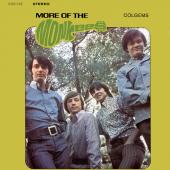 More Of The Monkees
Released: 1967
Tracks: 12
Including: I'm A Believer 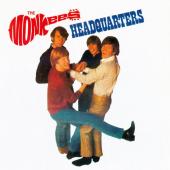 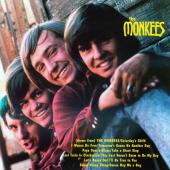 Tags on The Monkees