Panic! At The Disco

Panic! at the Disco line-up:

2005: Indie success
Panic! at the Disco was formed in the suburban area of Summerlin, a suburb of Las Vegas, by childhood friends Ryan Ross on guitar and Spencer Smith on drums.
Since the age of thirteen, the two played blink-182 covers in bands of different formations, but finally recruited Brent Wilson on bass and Brendon Urie on vocals and guitar. One theory of the origin of the band's name is from the song Panic by The Smiths, which includes the line "burn down the disco". The main theory is that the band's name originated from a song written by Name Taken, titled "Panic".

In order to get their music heard, the band contacted Fall Out Boy bassist Peter Wentz, through LiveJournal, and sent him a link to their PureVolume site. Wentz was so impressed that he took a trip to Las Vegas to meet the band in person. After seeing them play in their garage, he asked if they would sign with his Fueled by Ramen imprint label Decaydance.

2006-2007: Commercial success and public acceptance
The band officially announced the departure of their bassist, Brent Wilson, with a message on the band's website on May 17, 2006. No official reason was given for Wilson's departure, although later Wilson claimed he had been kicked out the band. The announcement stated that a long-time friend of the band, Jon Walker, would be filling in for the summer tour as a temporary bassist while the band searched for a permanent replacement. On July 3 of that year, the band's Myspace profile was edited to list Walker as bassist/vocals, and Walker is now considered a member of P!ATD.

MTV News reported the band and Wilson have now engaged in a war of words. Wilson stated in an interview with Spin Magazine that he was fired without warning, as opposed to the band's official statement that his departure was a decision reached by the entire band. In response, the band alleged that Wilson did not write the bass parts on their debut album or even play bass on the recording. Wilson is currently demanding a cut of royalties from the band's debut album based on his work. If an agreement cannot be reached, he has threatened to take his former band-mates to court.

Their second music video, for the single "But It's Better If You Do," has a storyline involving the band playing in a speakeasy in 1930s America. Urie commented, "Our new video is meant to show the fans the dark and secluded style of Panic." The single was released on May 1st in the UK and debuted (and peaked) at #23. That month the band completed their first headlining shows in Europe. All of the dates were sold out, with some (notably the show in Manchester) selling out in hours. Afterward, the band embarked on a two-month North American headlining tour with supporting acts The Hush Sound, OK Go, The Dresden Dolls, and Lucent Dossier Vaudeville Cirque.

In July they released their third music video, "Lying Is the Most Fun a Girl Can Have Without Taking Her Clothes Off." The video features people with fish tank helmets walking the streets of what appears to be a studio back lot. The video only shows the band in one shot, reportedly because they felt that their looks were distracting from their music.

A remixed version of their song "The Only Difference Between Martyrdom and Suicide Is Press Coverage" can be found on the official soundtrack to the movie Snakes on a Plane. The song, which reached #5 on the Billboard Modern Rock Tracks, is planned to be the next single for Pop stations.

In early August, A Fever You Can't Sweat Out went platinum, having sold over one million albums.

During P!ATD's opening song on August 25, 2006 at the Carling Weekend: Reading Festival, an unknown audience member threw a bottle at the stage, which struck and temporarily knocked out Brendon Urie, forcing the band to stop playing. After some minutes, he got back up and shouted to the crowd, "You can't take me out! Let's see how well you guys do with my left side," and continued with the same song.

At the 2006 MTV Video Music Awards, the video for "I Write Sins Not Tragedies" won the Video of the Year award, beating out artists such as Christina Aguilera, Shakira, Madonna and the Red Hot Chili Peppers. While heading on stage to accept the award, Panic! was interrupted by a man named Six, who promoted himself for about five seconds before he was pulled off stage by security. The camera then zoomed back to the band. Walker jokingly said, "That was totally planned," and the band accepted their award with Urie commenting, "He's trying to throw off our thunder." Panic! also performed "I Write Sins Not Tragedies" during the award show.

The band will embark on a world tour later in 2006, including dates in Australia, New Zealand, and mainland Europe. On November 7th, 2006, they kicked off their first-ever stadium tour with Bloc Party and Jack's Mannequin. The Plain White T's have been added to the next few weeks of The Nothing Rymes With Circus Tour. They will be opening up the shows beginning in New York through November 26th in Iowa. After that Cobra Starship will be on the tour through December 9th in San Diego. The band has appeared along with Fall Out Boy, Marilyn Manson, and other bands on the special edition soundtrack of Tim Burton's The Nightmare Before Christmas covering "This is Halloween", to be re-released in 3D on October 20.

According to Rolling Stone, the band have started work in the studio on their second album, due for completion in early 2007.

Albums by Panic! At The Disco 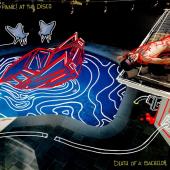 Death Of A Bachelor
Released: 2016
Tracks: 11
Including: Emperor's New Clothes 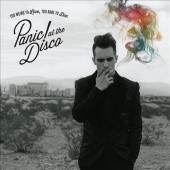 Too Weird To Live, Too Rare To Die!
Released: 2013
Tracks: 12
Including: Nicotine 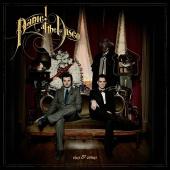 Vices And Virtues
Released: 2011
Tracks: 15
Including: The Ballad Of Mona Lisa 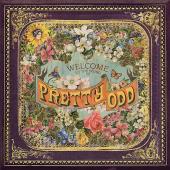 Pretty. Odd.
Released: 2008
Tracks: 16
Including: Nine In The Afternoon 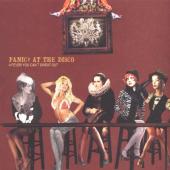 A Fever You Can't Sweat Out
Released: 2005
Tracks: 13
Including: I Write Sins Not Tragedies

Tags on Panic! At The Disco

Popularity Panic! At The Disco

Review Panic! At The Disco