OneRepublic's hit "Apologize" was not even the song's original version, but a remix heard on Timbaland Presents: Shock Value. The original appears on Dreaming Out Loud, the band's debut album, released November 20, 2007, on Timbaland's Mosley Music Group imprint via Interscope Records.
That's right, OneRepublic is a full-on rock band executive-produced and on a label headed by a super-producer best known for hip-hop (Missy Elliott, Jay-Z) and who has branched out into pop (Justin Timberlake, Nelly Furtado).

"It sounds insane," says Tedder, who produced a couple of songs on the album, largely produced by Greg Wells (Deftones, Mika, Pink). "But Timbaland is the single most musical guy I've ever met, no matter the genre. That's why we said, 'Let's do it.' If you do things for the right reason, good things happen."

A few years ago, Tedder had another choice - either go down the road of writing and performing "pop" tunes as a solo artist or try to strike out in his own direction making music he felt could connect on a more personal level. He chose the latter.

He had performed on a singer/songwriter show on MTV and was given a recording contract at the epicenter of all things pop during the era of boy bands and pinup princesses. "But how could I ever take myself seriously," he says, "if I was embarrassed by what I was singing? There are a lot of artists who want to make you shake your ass on the dance floor, but only a handful that connect on a deeper level. I wanted more than just a catchy tune. There's nothing like a good pop song, but there's a fine line between accessibility and credibility, and that's the line I want to walk."

Fortunately, Timbaland saw him perform on the MTV show and called to say he wanted Tedder to work with him. For a 21-year-old who quit his job at a Pottery Barn warehouse in Nashville, vowed to never take another non-music gig, and sold his car so he could buy recording equipment, being taken under Timbaland's wing was a dream come true for Tedder. He calls the next two years in studios from New York to Los Angeles to Miami "Producer 101" because it was like going to college for production.

Tedder's father had been a singer/songwriter in the 70's for acts like gospel star Sandi Patty. Tulsa-born Tedder took up piano at age three and singing when he was seven.

Studying the art of songwriting by deconstructing hits chord by chord, he became enamored with songwriters as diverse as Diane Warren and Bono. Yet he also had a desire to be center stage. "It's the typical lead singer insecurity--I wanted the spotlight but not all of the responsibility. I was finding my own voice, but I knew that for the songs I wanted to do, the vehicle had to be a band."

Thus, in 2003, after his MTV experience and subsequent tenure with Timbaland, he returned to Colorado Springs, Colorado, where he had spent his senior year in high school, and recruited classmate and guitarist Zach Filkins. The Iowa-born Filkins had spent his formative years, from 7 to 15, in Barcelona, Spain, where he intensely studied classical guitar. Back in the States for a couple of years in Illinois, he then relocated to Colorado Springs, where he met Ryan on the soccer team. Though they went their separate ways after graduation-- they kept in touch.

When they reunited, they moved to L.A., and promptly fell on hard times. "I'm not proud of it," Tedder admits, "but to buy groceries I had to write bad checks."

Given such dire straits, a couple of early band members exited and were replaced by guitarist Drew Brown and drummer Eddie Fisher. Born and raised in Boulder, Colorado, Brown saw his first concert as a 10-year-old in 1994. "My dad took me to see Weezer and Teenage Fanclub. He threw me in the mosh pit so I could get the full experience."

When his former band's drummer went to L.A. and joined OneRepublic, Brown followed. "I told my parents, 'I'm not coming home. Send more money.' I'm just not cut out for anything more responsible than being in a rock band. Only recently my dad stopped regretting taking me to that concert."

The Oregon- and California-raised Fisher had a similar inspiration. A kid who was always beating out a rhythm tapping pencils on desks, he didn't become serious about the drums until he was in 7th grade and saw a U2 concert at Tempe Stadium in Arizona. It happened to be the 1987 performance recorded for the Rattle and Hum album and film. "It moved me so much that I sacrificed everything to be in music," he says.

What followed for OneRepublic was a short-lived deal with Columbia, and upon the deal's termination, the band was contemplating whether or not to continue, when, out of nowhere, OneRepublic became one of the most popular bands on MySpace. "Maybe the music climate changed," says Tedder. "All of a sudden we were getting e-mails from kids saying that because of one of our songs they didn't commit suicide or they got through their parents' divorce. We finally connected with the audience. We said to ourselves, 'We can't quit now.'" When Timbaland launched his Mosley Music Group label with Interscope, he was quick to sign OneRepublic as his first rock act.

Meanwhile, Tedder has continued with his production work on pop and hip hop under the pseudonym "Alias." Even now, some industry insiders do not realize that Tedder and Alias are one and the same.

His credits include writing, and singing on, three tracks for Paul Oakenfold's Grammy nominated A Lively Mind, penning and producing "Do It Well" for Jennifer Lopez, "Bleeding Love" for Leona Lewis and "He Said, She Said" for Ashley Tisdale, and co-producing and co-writing "Love Like This" for Natasha Bedingfield with The Runaways. He's also worked on tracks for Baby Bash, 2Pac, Chris Cornell, Bubba Sparxxx, Blake Lewis, YouTube phenomenon Esmee Denters, and produced and wrote songs for the acclaimed 2006 indie film Step Up. "I've written and produced from the poppiest of pop to rock to heavy hip-hop to electro," Tedder says. "That's my job, but OneRepublic is the big picture."

That picture gained a new sound with the band's most recent addition. Orange County-native Brent Kutzle has played bass in hardcore and pop punk bands, but has also played the cello since the fourth grade. " I made myself a promise to never join a band where I wasn't able to play both instruments. I could never give up celloÉI really love playing it." Using effects such as delay, reverb and looping, Kutzle has transformed the sound of the cello for a rock band.

Clearly, OneRepublic is an unusual rock band. "One difference (from) other groups is that we're always rotating instruments," Kutzle points out. "I might play keyboards, and Ryan bass, or I play cello, Ryan piano, and Drew, bass. Sometimes we forget who plays what on a song." For OneRepublic, it's all about the song.

Says Tedder: "If I'm not getting goosebumps when I write the chorus, then others aren't going to either. I want that 'hair standing on end' feeling. They may have simple melodies but our songs are about real life. It's complexity wearing the mask of simplicity."

"We figured we would do what we love and not make any money," says Brown. "But we've blown past wherever we thought we'd get. We are now able to perform music that is getting heard by a pretty broad audience. This is bigger than us." Tedder agrees: "This is about affecting people in a positive way. This is about trying to make a difference in people's lives and hearts the way so many bands and songs did for us."

Maybe OneRepublic doesn't do everything backwards after all. Perhaps this is one band that has it exactly right. 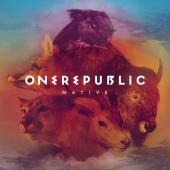 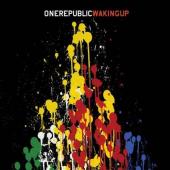 Waking Up
Released: 2009
Tracks: 16
Including: Marching On 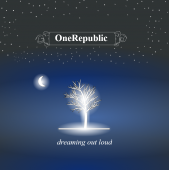 Dreaming Out Loud
Released: 2007
Tracks: 14
Including: Stop And Stare