Canada's Nickelback started life as a cover band in Hanna, 215 kilometers northeast of Calgary. Eventually, they tired of playing other people's songs, and singer/guitarist Chad Kroeger put together a collection of original songs, borrowed money from his stepfather, and went to Vancouver to record the band in a friend's studio. Based on the results, Kroeger's guitarist brother, Mike, and pal bassist Ryan Vikedal all relocated to Vancouver in 1996; that same year, they recorded and released the EP Hesher and full-length Curb independently, then embarked on a series of cross-country tours.

In late 1998, the bandmembers started managing themselves, with Chad handling all the radio tracking, brother Mike Kroeger the distribution, and Ryan Vikedal all the bookings. A second LP, The State, was released independently in January 2000 during a period when Canadian content requirements were increased and local rock radio began desperately seeking out homegrown product. What they found was Nickelback's single "Leader of Men." The band toured ceaselessly for The State and 200 shows later, Nickelback had gone from virtual unknowns to playing in front of over a million people alongside the likes of Creed, 3 Doors Down, Fuel, and more. The band's post-grunge commercial appeal wasn't lost on the record industry, and The State was snapped up by Roadrunner in the U.S. and EMI in Canada. It eventually sold an impressive 500,000 copies.

Many of the songs that comprised the third album, Silver Side Up, were written even before The State was released in America and road-tested in front of eager audiences on cross-country treks. The other significant change was Chad Kroeger's conscious decision to write his lyrics in a more direct manner, rather than the metaphorical lyrics of previous releases. "Too Bad" pertained to the father who was never around when Chad and his brother were growing up; "Never Again" was a song inspired by broken homes; and "How You Remind Me," the first single from the album, was written at rehearsals shortly before the band went into the studio.

To record the album, Nickelback worked with producer Rick Parashar (Pearl Jam, Temple of the Dog) at the same studio they used for The State, Vancouver's Green House. The combination of the band's growing popularity and the quality of the songs sent Silver Side Up into the sales charts around the world, spearheaded by the hit single "How You Remind Me." (It was only the second time in history since the Guess Who's "American Woman" that a Canadian band had been number one on both the Canadian and U.S. rock charts at the same time.) After Nickelback's initial mainstream exposure, Kroeger produced Vancouver natives Default and collaborated with Saliva singer Josey Scott for the Spiderman soundtrack.

The more polished The Long Road arrived in 2003. The single "Someday" shot to number seven on the Billboard charts, and the album sold five million copies worldwide and was supported by another successful international tour. In February of 2005 it was announced that Ryan Vikedal had left the band, but Vikedal claimed in an interview he was pushed out for not being "the type of drummer" the band required. A month later it was announced that former 3 Doors Down drummer Daniel Adair was his replacement, and that Nickelback were jamming at Chad Kroeger's studio in Vancouver in preparation for their next album. ZZ Top's Billy Gibbons and the late Dimebag Darrell from Pantera were guests on the chart-topping All the Right Reasons, which saw release in October of 2005. No Fixed Address
Released: 2014
Tracks: 11
Including: What Are You Waiting For? 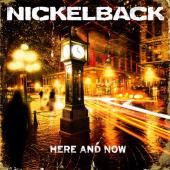 Dark Horse
Released: 2008
Tracks: 11
Including: Gotta Be Somebody All The Right Reasons
Released: 2005
Tracks: 11
Including: Photograph The Long Road
Released: 2003
Tracks: 14
Including: Figured You Out 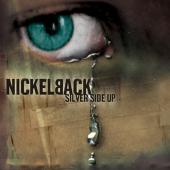 Silver Side Up
Released: 2000
Tracks: 10
Including: How You Remind Me The State
Released: 2000
Tracks: 10
Including: Leader Of Men 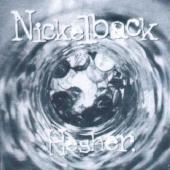 Hesher
Released: 1996
Tracks: 6
Including: In Front Of Me