Demetria Devonne "Demi" Lovato (born August 20, 1992) is an American actress and singer-songwriter. She is best known for her role as Mitchie Torres in the Disney Channel Original Movie Camp Rock and Sonny Monroe in Sonny With A Chance. Besides acting, she is also a solo music artist and released her debut album Don't Forget on September 23, 2008. The album debuted at #2 on the Billboard 200 selling over 89,000 copies in the first week. Lovato released her second album, Here We Go Again, on July 21, 2009.


Lovato was born in Dallas, Texas to Patrick Lovato and Diana Lovato (née Hart). She has an older sister, Dallas, and a younger half sister, Madison De La Garza.Her mother, Dianna Hart, was a Dallas Cowboys Cheerleader and country recording artist; her father, Patrick, moved to New Mexico after their marriage ended in 1994Lovato began her acting career at the age of six on the children's television series Barney & Friends as Angela, appearing in seasons seven and eight. In 2006 Lovato guest starred on Prison Break as Danielle Curtin in the episode "First Down". She also appeared in the second season of the television sitcom Just Jordan as Nicole, in the episode "Slippery When Wet". In January 2007, she landed the role of Charlotte Adams on the Disney Channel Original Short Series, As the Bell Rings, which premiered on August 26, 2007. A few of her original songs, including "Shadow," were featured on the show. Upon leaving the show, her character was replaced by Lindsey Black.

In 2008, Lovato appeared in the Disney Channel Original Movie, Camp Rock. She played Mitchie Torres, a fourteen-year-old girl with hopes of becoming a singer. The movie premiered on June 20 in the USA on Disney Channel. She recorded three songs for the Camp Rock soundtrack. She also covered "That's How You Know" on DisneyMania 6. She later signed a record deal with Hollywood Records. Her cover of "Wonderful Christmastime" is featured in All Wrapped Up.

Lovato's debut album Don't Forget was released on September 23, 2008 in the United States debuting at number two on the Billboard 200 chart. The Jonas Brothers co-wrote several songs with Lovato for this album.
During the summer of 2008, she performed as the Jonas Brothers' opening act for their Burning Up Tour. She competed on the Disney Channel Games for the third annual show. Subsequently, she appeared on the second show of Studio DC: Almost Live.

Lovato is currently starring in the Disney Channel Original Series, Sonny With a Chance, which premiered on February 8, 2009. She appears in Princess Protection Program as Princess Rosalinda alongside her best friend Selena Gomez. The movie premiered on June 26, 2009, on Disney Channel. Lovato released her second studio album, Here We Go Again on July 21, 2009. The first single off the album, titled the same as the album, was released on June 17, 2009 Regarding the album, Lovato says: "It’s going to take a different sound, so hopefully it goes over well. I sing a lot of rock, but this time I want to do more John Mayer-ish type of songs. Hopefully I can write with people like him."

In an interview with Ellen DeGeneres, Lovato admitted to going through painful experiences with bullying in the seventh grade. According to Lovato, the bullying was so bad that one day, in a fit of frustration and distress, she requested her mom give her a home-schooled education.

Lovato briefly dated Metro Station singer Trace Cyrus, but the two broke up in July 2009 due to conflicting schedules, according to Cyrus.

In an MTV interview, Lovato stated that she likes metal music, especially black metal and metalcore. She called symphonic black metal band Dimmu Borgir "one of her favorite live acts". However, she stated in a recent interview that she no longer listens to metal music, as she is in a happier place now, and listens to mellow music that inspires her writing. In the March 2009 issue of Teen Vogue, Lovato stated, "My first passion is music, because it comes naturally to me. Acting has been like a hobby." Lovato is best friends with Selena Gomez, whom she has known since Lovato "asked her to sit on my jacket and draw with crayons with me" at the Barney & Friends auditions. Lovato is also a Christian and prays with her band before she performs . 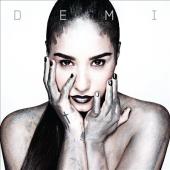 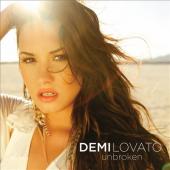 Sonny With A Chance Soundtrack
Released: 2010
Tracks: 4
Including: Work of Art 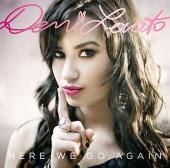 Here We Go Again
Released: 2009
Tracks: 13
Including: Everytime You Lie

Joans Brothers The 3D Concert Experience
Released: 2009
Tracks: 1
Including: This Is Me

Enchanted
Released: 2008
Tracks: 1
Including: That's How You Know 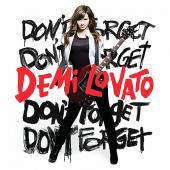 Camp Rock (Soundtrack)
Released: 2008
Tracks: 3
Including: This Is Me (gotta Find You)