Adele Laurie Blue Adkins (born May 5, 1988 in Enfield, North London), known professionally as Adele, is an English jazz singer. She is the first recipient of the Brit Awards Critics' Choice, which was given to artists who, at the time, had yet to release an album. Adele has also been hailed by the British press as "the new Amy Winehouse" .


She debuted at number one with her debut album 19 in the UK album chart and has since then been certificated platinum with sales over 300,000 copiesAdele's first public singing performance was in a school presentation where she sang "Rise" by Gabrielle. To make her look like the singer, her mother made an eye patch with sequins, which she said was embarrassing. Adele then claimed she was influenced from the music of Etta James and Dusty Springfield at her teens by accident, as she stumbled on the artists' CDs in HMV in the Classics section while looking for a new hair style. She only got to listen to those songs for the first time as she was clearing her bedroom. She graduated from The BRIT School for performing arts & technology in Croydon in May 2006, which was the same performing arts school attended by Amy Winehouse, Katie Melua, Leona Lewis and Kate Nash. A month later, she published two songs on the fourth issue of online arts publication PlatformsMagazine.com. Since then Adele has played in small UK gigs, and has toured with best friend Jack Peñate, as well as Jamie T, Raul Midon, Amos Lee and Devendra Banhart. Adele went on her first UK headlining tour in October 2007. During her teenage years she recorded demo's and gave it to a friend name Linda. She eventually put it on MySpace and it became very successful there. Adele got a record deal through MySpace. When she got a phone call she couldn't believe it was real because the only record company she knew was Virgin Records. When a friend told her that it was a real record company she signed.

Adele's first record, "Hometown Glory", in which she sings the praises of Tottenham, was released on 22 October 2007 as a limited edition 7" vinyl on Jamie T's label Pacemaker Recordings, with B side "Best For Last". "Hometown Glory" was featured as the single of the week on iTunes. Since launching her MySpace page on Christmas Eve 2004, Adele became popular on the site which she used as a media focus and test point for songs. She then signed to independent music label XL Recordings.which in January 2008 released her second single "Chasing Pavements", hitting #2 for 4 weeks in the UK Chart and still in the Top 40 14 weeks after release. Adele then released her debut album 19, which went straight to #1 in the UK charts and was certified platinum within a month of its release.

Adele performed Daydreamer on BBC Two's Later With Jools Holland, alongside Paul McCartney and Björk; and then on BBC1's Friday Night with Jonathan Ross on 7 December 2007, singing Chasing Pavements.

On 13th April 2008, Hometown Glory re-entered the UK Singles Charts at number 38 after featuring in an episode of the E4 show Skins.

On 11th May Adele performed a selection of songs from 19 at Radio 1's Big Weekend in Mote Park, Maidstone, Kent. She sang Cold Shoulder, Melt My Heart To Stone, Right As Rain, Hometown Glory, Tired and Chasing Pavements.

On 16 June 2008, Adele performed an exclusive set for Billboard Magazine. The set can be viewed here.

On 16 June 2008 Adele performed "Chasing Pavements" from 19 on The Late Show With David Letterman.On 10 December 2007, Adele was awarded with the first Brit Awards Critics' Choice Award.

She also received praises from Paul Rees, editor of Q magazine, who said it was "refreshing to hear something different" after a thousand years of "identikit bands who want to sound like The LibertinesAdele lives with her mother in North London. She admitted that she was planning to buy a flat after receiving her record company advance, but spent it all on Burberry Clothes before "Chasing Pavements" was even released.[10] She said in an interview that she likes being the centre of attention at home and with friends, but she is a little resistant with the negative aspects of fame especially when it comes to gossip and criticisms about her weight. "I’ve always been a size 14-16, and been fine with it," Adele said to the The Times. "I would only lose weight if it affected my health or sex life." The song "Daydreamer" is about her bisexual ex-boyfriend running away with another man.[11] In March 2008 Adele was romantically linked to Slinky Sunbeam, something Adele quickly denied on her MySpace, claiming "He's not my type". 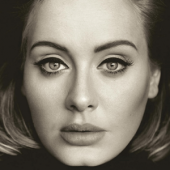 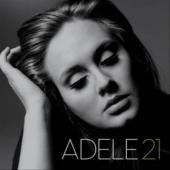 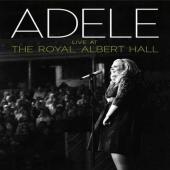 Live At The Royal Albert Hall
Released: 2011
Tracks: 2
Including: If It Hadn't Been For Love 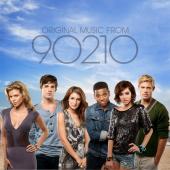 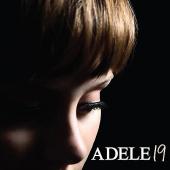