A Day To Remember

A Day to Remember were formed in 2003 and mix emo, hardcore, and metal into a blend affectionately referred to by their fans as "pop mosh." Hailing from Ocala, FL, vocalist Jeremy McKinnon, guitarists Neil Westfall and Tom Denney, bassist Joshua Woodard, and drummer Bobby Scruggs financed their first EP themselves, then signed with Indianola Records for the release of their full-length And Their Name Was Treason in spring 2005. The record went on to sell over 8,000 copies through word of mouth alone, and a year later the guys were signed to Chicago powerhouse Victory Records.
Work quickly began on their label debut; For Those Who Have Heart appeared in January 2007, featuring new drummer Alex Shellnutt.

Albums by A Day To Remember 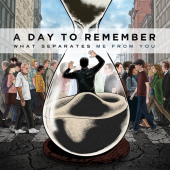 What Seperates Me From You
Released: 2010
Tracks: 10
Including: All Signs Point To Lauderdale 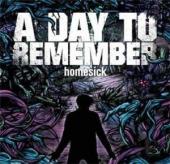 Homesick
Released: 2009
Tracks: 1
Including: The Downfall Of Us All

For Those Who Have Heart
Released: 2007
Tracks: 12
Including: Monument

And Their Name Was Treason
Released: 2005
Tracks: 10
Including: You Had Me At Hallo

Tags on A Day To Remember

Popularity A Day To Remember

Review A Day To Remember