The Parlotones are known for their electric, polished stage performances delivered against the backdrop of their deftly crafted and darkly romantic lyrics. Their sound, described as alternative in their formative years has evolved substantially becoming more refined and focused with each album. It took the bands debut album ‘Radiocontrolledrobot’ two years to reach Gold status and their follow up ‘A World Next Door To Yours’ achieved this in three months. Three months later the album was certified Platinum. Testimony to just how much the band has grown over the past few years.
’ A World Next Door To Yours’ remained on the South African top 20 sales chart for more than twelve months and is currently South Africa’s biggest selling rock album of this decade. The album spurned seven radio singles, a very unique situation.

That convoluted journey into the music psyche of South Africa was one which required strong work ethic from the band and an even stronger stomach when it came to attracting the country\'s media: “We\'ve always had the attitude to just do anything, because everything counts. We\'ve done it all; from having kids throwing water bombs at us, to waxing each other\'s legs on national television and eating tripe in Soweto. And it really does all count; soon the whole country knows who you are. (Well not \'soon\', rather \'eventually.\')”.

But we are getting ahead of ourselves. Let’s start from the beginning. Sitting in the studio working on the new album reflecting on their recent rollercoaster rise to fame, it has certainly been an interesting time. In the last eighteen months the band have played over 300 shows and sold over 100 000 records.

In 2005 things really took off with the release of ‘Radiocontrolledrobot’. The debut album was nominated for Best Rock Album at the 2006 South Africa Music Awards and won! From there on the opportunities and breakthroughs just kept on coming. One of bands highlights for the year was the closing slot at The Coke Fest, which saw the Parlotones play AFTER Metallica. How many indie bands can say Metallica opened for them?

The awards kept on coming and by the end of the year the bands hauntingly beautiful and poignant ballad ‘Beautiful’ was used in an Irish Fujifilm commercial which led to a European license deal with Universal Music.

2007 kicked off with a bang with the band performing 70 shows in the UK. In June of that year The Parlotones were selected to perform at The Live Earth concert, the largest festival ever staged. MSN named The Parlotones as on one 10 most memorable performances at Live Earth and likened seeing the Parlotones at this early stage of the career to seeing The Police in the late 70’s.

2008 was a great year with entering the European market. The Parlotones went on tour in Germany with the Wombats, had Razorlight over to perform with them in SA and performed at the Open Air St Gallen in Switzerland. UK super group, Starsailor came over to support the band on The Powerzone unplugged Festival tour. This resulted in a twelve city tour with Starsailor in the UK

Back at home, their single ‘Ill be there’ was nominated for 2 MTV Africa Awards and won 3 South African Video Awards and they were chosen as the Face of the HD launch in SA.

2009 was off to a great start with critically acclaimed performances at Midem, Canadian Music Week and SXSW. The band was selected to perform at Midem, where they performed with Blue October. A show that resulted in a 6 week tour with Blue October in the USA the next year.

The Parlotones have been very well received in the USA with an independent release managing to crack the CMJ top 200 chart in the USA. ‘Overexposed’ won awards locally and in the USA including 2 awards in The International Song Contest (ISC) which boasts heavyweight judges such as Robert Smith, Tom Waits and Rob Thomas (Matchbox 20)

The band released 3 of their own wines, each named after a song. Giant Mistake (red) Push Me to the Floor (white) and We call this Dancing (rose.)

The Parlotones performed at One Movement for Music Perth (OMFM) in October, one of the most important music industry event for the Asia Pacific region. With 80 artists playing unique 30-minute showcase sets, premièring their latest material in a full outdoor festival setting over two days at Perth Esplanade, the event sees music industry experts and the cream of worldwide musical talent coming together.

The schedule for the rest of 2009 is typically fraught with activity as The Parlotones embark on a world tour.

Kicking off in the United Kingdom, the band crisscross Europe (including a visit to Russia), playing concerts in countries where the singles off “A World Next Door To Yours” are currently emulating the success enjoyed in SA.

SA fans can catch their pride and joy live in concert at The Dome, where 19 000 fans will celebrate the end of the tour with the band.

Their unwavering work ethic, coupled with their \'do what it takes\' mentality means that they are winning over fan after adoring fan in every territory they visit. 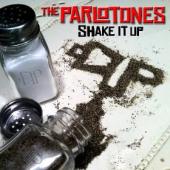 Journey Through The Shadows
Released: 2012
Tracks: 12
Including: We Just Wanna Be Loved 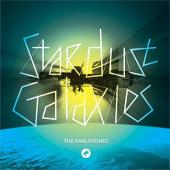 Stardust Galaxies
Released: 2009
Tracks: 1
Including: Push Me To The Floor

A World Next Door to Yours
Released: 2008
Tracks: 2
Including: Disappear Without A Trace 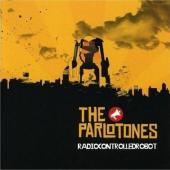 Radio Controlled Robot
Released: 2007
Tracks: 14
Including: Ill Be There