Snow Patrol is a rock band from Northern Ireland in the United Kingdom, signed to Polydor Records. The band was formed in late 1994 in Scotland by vocalist and guitarist Gary Lightbody and bassist and keyboardist Mark McClelland, two students from Northern Ireland who at the time were pursuing an education in Dundee, Scotland.

Originally formed in late 1994 as "Shrug", the band started by performing gigs at Dundee University and the surrounding pubs before changing their name to "Polar Bear" (or "Polarbear") in late 1995.


In mid 1997, they released a three-track EP, Starfighter Pilot, on the Electric Honey label. Richard Colburn, from Glaswegian indie band Belle & Sebastian, played drums on this record, and Stuart Murdoch, from the same band, sang on one of the b-sides. Due to legal threats from an American band with the same name (led by Eric Avery, the former bassist of Jane's Addiction), they became "Snow Patrol". There is a "thank you" to Gary's English tutor Peter Easingwood in the sleeve notes of the original 'Starfighter Pilot'.

At this point, Jonny Quinn, from Northern Ireland, joined as permanent drummer. With him rounding out the lineup, the band released their next EP Little Hide on Jeepster Records while still living in Dundee (its cover was a blurred photo of a football crowd watching Dundee United F.C. at Tannadice Park). A follow-up single "One Hundred Things You Should Have Done in Bed" was a minor independent chart hit. Both of these early singles were heavily promoted by Jeepster - with videos included as computer files on the CD singles, and Snow Patrol starting to appear on television. Their first MTV interview was in 1998, and they briefly appeared on a Channel Four documentary about Jeepster Records (which concentrated mostly on Belle and Sebastian) that same year. Two albums on Jeepster followed: Songs For Polarbears in 1998 (including a slightly remixed version of their debut single Starfighter Pilot) and When It's All Over We Still Have to Clear Up in 2001 (both recorded while the band lived in Glasgow). Also in 2001, Gary collected a group of Scottish independent musicians from such acts as Mogwai together to perform as a "supergroup", "The Reindeer Section", who have so far released two CD albums. Gary also performed vocals on a single by Cut La Roc.

It wasn't until after being dropped by Jeepster that guitarist Nathan Connolly joined, and the band signed to the mainstream Polydor label. They gained mainstream success with their song "Run" (which debuted at #5 in the UK singles chart), as well as the album it was from, the 2003 release, Final Straw which was produced by Jacknife Lee. Iain Archer, a touring guitarist and songwriting collaborator from 2001-2003, won an Ivor Novello award for his contribution to the Final Straw album. The record peaked at #3 in the UK albums chart. Archer's final date with the band was September 27th, 2003 in the St Andrews Students' Association. They followed the success of "Run" up with three more singles from the album, "Chocolate", and a re-release of "Spitting Games", both reaching the top 30, and "How to Be Dead" reaching number 39.

The band's highly successful 2004 album, Final Straw.The release of Final Straw in the United States in 2004 saw the album notching up well in excess of a quarter of a million sales and becoming the 26th most popular British album of that year. Their single "Run" was the 22nd most played British song on American airwaves, having been played just under 28,000 times on US radio stations in that same year. [citation needed]

On March 16, 2005, McClelland left the band, with Gary stating 'a whole new set of new and unexpected pressures... have unfortunately taken their toll on working relationships within the band, and it was felt the band could not move forward with Mark as a member.' Former Terra Diablo member Paul Wilson replaced him on bass. In April 2005, Snow Patrol declared longtime touring keyboardist Tom Simpson an official member of the band.

In the midst of touring on U2's Vertigo Tour in Europe in the summer of 2005 as an opening act, the band played in London at Live 8. After finishing their opening act duties and extensive 2-year tour of Final Straw in late July, the band took a few weeks off and began writing and recording songs for a new album. Snow Patrol's new version of John Lennon's "Isolation" was released on December 10, 2005 as part of Make Some Noise, Amnesty International's campaign about music with a message

The band completed recording Eyes Open in December 2005, with Jacknife Lee returning for production, and this album was released in the UK on May 1, 2006, with the first UK single "You're All I Have" having been released on April 24, 2006. The album was released in North America on May 9. While "Hands Open" was the first American single, "Chasing Cars" pushed its way onto the download and pop charts after it was heard in the second season finale of the television show Grey's Anatomy on May 15, 2006. Due to the song's surprise popularity, it was released as an overlapping single in early June and the video was re-recorded to include clips from the show. Also, it was featured in another television show, One Tree Hill, during its season finale. On December 30, 2006, it was voted by Virgin Radio listeners to be the number one song of all time. Another of their songs, "Open Your Eyes", was heard on the season finale of another medical program, ER, on May 18, 2006, the The 4400, and the second episode of Grey's Anatomy's third season on September 28, 2006.

The band was forced to postpone a majority of the American Eyes Open tour after polyps were discovered on Lightbody's vocal cords, and failed to heal after initial postponement of three dates on the tour. Dates were rescheduled for August and September. The year would continue to be difficult on the band for the U.S. legs of their tours, as they were also forced to cancel two west coast festival appearances in mid-August due to the threat of terrorist attacks on U.S.-bound flights from the UK. Two band members made it to the U.S. while two were stuck in London. Sequentially, they all made it to the lone U.S. tour stop in Boston days later but failed to recover any of their luggage, forcing them to shop for clothes on Newbury St. that afternoon. Their gear arrived hours before showtime, just in time for sound check.

Earlier on in the year at the Pukkelpop festival in Hasselt/Kewit Belgium, the band's equipment failed to get through security at Heathrow airport, and all of their instruments got held-up in customs. However, they managed to bring two of their acoustic guitars with them. This saw two members of the band perform a short acoustic set, with Gary Lightbody saying, "Next time we'll bring our equipment on the plane, even if it kills us!"

The band also had to cancel appearances in Germany and France after bassist Paul Wilson injured his left arm and shoulder.

As of 26 November 2006, Eyes Open was the UK's best-selling album of the year, selling 1.5 million copies. The album reached gold certification in the US as well, and as of January 2007, it has sold over 800,000 copies. It has maintained a spot in the upper quarter of the Billboard 200 list for over 15 weeks, on the heels of the popularity of "Chasing Cars." The band also holds the distinction of having one of iTunes' top downloaded albums and songs of 2006.

In late 2006, Gary Lightbody released a single featuring Lisa Hannigan called "Some Surprise" for The Cake Sale, an album combining many of Ireland's popular musicians to raise money for the Make Trade Fair campaign. The Cake Sale was organized by Brian Cosby from the Irish band Bell X1 and released across Ireland. The song "Some Surprise" was written by Bell X1's Paul Noonan and reached #5 on the Irish charts. 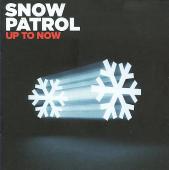 Up To Now
Released: 2010
Tracks: 7
Including: Give Me Strength A Hundred Million Suns
Released: 2008
Tracks: 11
Including: Crack The Shutters 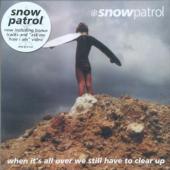 When It's All Over We Still Have To Clear Up
Released: 2001
Tracks: 14
Including: Firelight