"I used to be a crip but me n dem fell off, and the blood brothers took care of me and turk..." Lil Wayne (born Da'Wayne Carter September 27, 1982 in New Orleans, Louisiana) was one of the Hot Boys, an American rap group associated with Cash Money Records. His debut solo album was, Tha Block Is Hot was released in 1999. The title track was a huge hit. His second album was 2000's Lights Out, followed by 500 Degreez in 2002. In 2004 he released his latest solo album titled " Tha Carter".

A native of New Orleans, Lil Wayne grew up in the Hollygrove section of town. As an aspiring young rapper, Wayne rapped at neighbour parties and it was at one of these parties that he was overheard by members of U.N.L.V., a group signed to Cash Money Records. Wayne was given contact information and followed up on them in a autograph signing session where he met the Cash Money CEOs Brian "Baby" Williams and Ronald "Slim" Williams. An impromptu freestyle session led to serious consideration on the parts of the Williams brothers. After Wayne found out the location and phone number of Cash Money Records, he visited on an almost daily basis while also leaving freestyles on their answering machine. Such dedication on the part of the 12-year-old Wayne moved the Williams brothers and they signed the young rapper; pairing him up with another newly signed young rapper named Big goochie and released their group effort "TRU Story nigga", under the name The B.G.'z.

While playing with a loaded gun, Wayne shot himself in the chest and almost bled to death. When the police arrived, he claimed the unregistered gun had belonged his stepfather, Reginald "Rabbit" Carter. This landed Rabbit a six month prison bid. Then shortly after Rabbit came home, he was abducted and murdered. As Brian came to pick up Wayne for studio sessions one afternoon, he was informed of the tragic news, and decided to raise Wayne on Rabbit's behalf as Wayne's surrogate father. Wayne now has a large tattoo of the words "Bang Bang" on his chest to commemorate his shooting and also has "Rabbit" tattooed on his arm, in honour of his beloved slain stepfather.

As the youngest of the Hot Boys Wayne was 16 at the time of their debut, "Get It How You Live".

Related Topics:
Hot Boys - Get It How You Live

Even more noteworthy, most young rappers of teenage years perform bubble gum rap until at least their 20's. Lil Wayne, however, performed gangsta rap in the strictest sense since an early age. Because of his impressive lyrical talents, he continues to sell records with ease.

On his latest CD, Tha Carter, Lil Wayne returns with a much improved flow mimicing the style of Jay-Z and features the hit single "Go DJ", a cover of the U.N.L.V. underground classic of the same name. He has also been featured on 3LW's "Neva Get Enuf" and Destiny's Child's "Soldier".

It should also be noted that Wayne is the first known person to use the now-popular slang term "Drop It Like Its Hot." He first said it in the 1999 hit by Juvenile, "Back That Thang Up." By 2004, the term was so popular that legendary rapper Snoop Dogg used it as a comeback hit. He also coined to more popular phrase, "Bling-Bling".

Following acclamations for Tha Carter, newly minted Def Jam president Jay-Z entered into a bidding war with Cash Money for Wayne's services. Wayne eventually resigned with Cash Money and earned himself a new label, "Young Money," distributed through Cash Money/Universal which first featured his crew Squad Up. But the group soon broke, and now Lil Wayne has a new group named Young Money. The Group consists of Curren$y, a local rapper previously on C-Murder's TRU Records, Boo of Boo and Gotti, and a new up and coming rapper named Mack Maine also from the Hollygrove area of New Orleans. 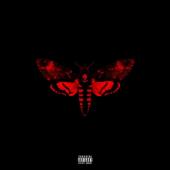 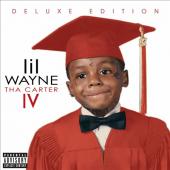 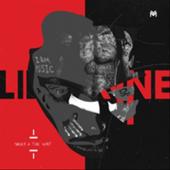 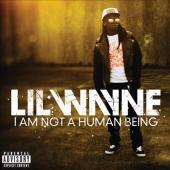 I Am Not A Human Being
Released: 2010
Tracks: 1
Including: Right Above It 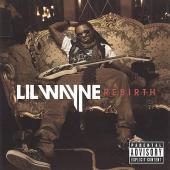 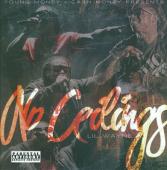 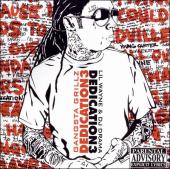 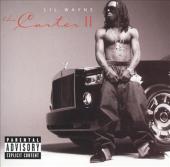 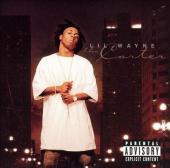