The Goo Goo Dolls are a rock band that formed in 1987 in Buffalo, New York by John Rzeznik and Robby Takac. As of 2009, the band has sold more than nine million records in the US alone.

The Goo Goo Dolls initially consisted of John Rzeznik (vocals, guitar), Robby Takac (vocals, bass guitar) and George Tutuska (drums, percussion). While Takac and Tutuska had been long-time friends in school, Rzeznik was playing in the band The Beaumonts, with Takac’s cousin. The three founded the band under the name "Sex Maggots".
However, when a club owner booked the band, he requested they change the name, as the local newspaper could not print their current name. The trio picked the current name out of a True Detective ad for a toy called a Goo Goo Doll. "We were young and we were a garage band not trying to get a deal. We had a gig that night and needed a name. It's the best we came up with, and for some reason it stuck. If I had five more minutes, I definitely would have picked a better name" John stated. With Takac as their lead singer, the band released their first album, Goo Goo Dolls in 1987 on Mercenary Records, but was picked up in 1988 by Celluloid Records, a larger record company. The band released its second album, Jed, in 1989 after moving to Los Angeles.

The band released its third album, Hold Me Up, in 1990 and featured Rzeznik as the lead vocalist on five tracks, including the single, "There You Are" -- as well their then concert favorite, Two Days in February. Despite being earlier dismissed as having a sound too similar to The Replacements, as well as being embraced by local college radio and punk scenes (including playing such venues as CBGB), the Goo Goo Dolls' third release had incorporated elements of heavy metal, pop rock, and punk rock. In 1991, the song "I'm Awake Now" was recorded for the soundtrack of Freddy's Dead: The Final Nightmare.

Superstar Car Wash, released in 1993, received significant media attention. The critical success and encouraging sales of their last album resulted in a larger budget from Metal Blade Records. The album was partially recorded in Metalworks Studio in Mississauga, Ontario, which is where Rush had produced multi-platinum albums. "We Are the Normal" (the single for which Rzeznik asked frontman Paul Westerberg of The Replacements to write the lyrics), received a major push toward play on college and independent radio, while its video was displayed on MTV's 120 Minutes program. "Fallin' Down" made it onto the 1993 soundtrack of Pauly Shore's hit film Son in Law.

Shortly after recording the band's fifth album A Boy Named Goo, Robby Takac asked George Tutuska to leave the band because Rzeznik could no longer tolerate being in the same room with Tutuska. This was due to Tutuska claiming that he deserved a share of the royalties for contributing to the songwriting in the song "Fallin' Down," and for which Rzeznik alone received the monthly checks. The band moved forward from this December 31, 1994 incident, hiring Mike Malinin in 1995, and toured rigorously.

A Boy Named Goo sold modestly in this time; however, it was not until the release of the single "Name" that the band experienced any viable commercial success. A Boy Named Goo became the first album in Metal Blade history to achieve double-platinum status. This success, however, proved bittersweet, as the band found themselves in a legal battle with Metal Blade records. The band filed suit against Metal Blade, claiming they had not earned any royalties from their album’s sales, which was attributed to a "grossly unfair, one-sided and unenforceable contract" which had been signed by the band in 1987. The two sides reached a settlement which had the band signed to the Metal Blade's distributing label, Warner Bros. Records, under which the band released their sixth album, Dizzy Up the Girl, in 1998. The undisputed success of "Name" marked a fundamental change in the band’s sound toward a more polished, commercial direction.

"Iris" was included on the triple platinum Dizzy Up the Girl, and was among Top-Ten hits "Slide", "Black Balloon", "Broadway", and "Dizzy" from the same album. The new, polished sound garnered legions of new fans, many of whom had not followed the band before their mainstream success. Most of the Goo Goo Dolls concerts feature few, if any, songs the band wrote before 1995, reflecting the band’s more mainstream sound. Although the lyrics to "Black Balloon" are vague and unclear, as this is an essential aspect of Rzeznik's style of writing, the song, according to the lead singer himself, regards drug abuse and the emotional consequences of indulging in them. It is widely believed that the song was written for Robby Takac's wife who was once caught up in drug abuse but who has fully recovered today; both refuse to state who the song is written for or about. In 2001, the Goos released their first ever compilation CD, What I Learned About Ego, Opinion, Art & Commerce. Next, Gutterflower (2002)—with dark lyrical undertones from Rzeznik's divorce—achieved gold certification, producing the hits "Here Is Gone", "Sympathy", and "Big Machine". On July 4, 2004, the band performed a free concert in their hometown of Buffalo, continuing through a deluge of rain that can be seen on the DVD released later that year. The DVD also contained a studio version of the Goo Goo Dolls' cover of "Give a Little Bit" by Supertramp. The single reached the top of the Adult Top 40 chart in 2005.

In 2006, the Goo Goo Dolls marked their 20th anniversary with their new album Let Love In, which included the studio recording of "Give a Little Bit" as well as other top 10 radio singles "Better Days," "Stay With You," and "Let Love In". With their third consecutive single ("Let Love In") from the album, the Goo Goo Dolls hit a record 12 Top 10 hits in Adult Top 40 history, beating Matchbox Twenty and Sheryl Crow. Goo Goo Dolls plan to release another single from Let Love In, "Without You Here", as well as a song from the July 2007 Transformers movie called "Before It's Too Late", originally titled "Fiction". To promote the new single, the Goo Goo Dolls performed "Before It's Too Late" at both The Tonight Show with Jay Leno on June 8, 2007, and again at The Late Late Show with Craig Ferguson on June 22, 2007. In July 2007 the band discussed their career as a whole and gave a live performance on A&E's Private Sessions. Rzeznik has stated that after the release of "Without You Here" and their summer tour with Lifehouse and Colbie Caillat, the band will return to the studio to begin work on their next album, their ninth overall.

On June 27 2007 - the GGD performed to a sold-out crowd at Red Rock Amphitheatre in Colorado. The performance premiered on HDNet in high definition (and 5.1 audio) Sunday September 30 at 9pm.

The Goo Goo Dolls and the NHL Buffalo Sabres came together to create a video for the Sabres 2007 Playoff run. The video was a compilation of shots from the Buffalo area and Sabres players played to the song "Better Days". It was played on jumbotron and at the HSBC Arena before every playoff game.

On November 13, 2007, the Goo Goo Dolls released a greatest hits album entitled Greatest Hits Volume One: The Singles, which includes a new version of "Name" and a remix of "Feel The Silence" by Michael Brauer. As well, a second greatest hits album entitled Vol.2 containing b-sides, rarities, and a live performance at Red Rocks Amphitheatre from their "Let Love In" tour. It was released on August 19, 2008.

The band performed "Better Days" and "Stay With You" at the halftime of the Detroit Lions' 2007 Thanksgiving Day game at Ford Field, which focused on the United Way and the NFL's commitment to youth health and fitness.

Also one of the songs, Before It's Too Late, was played as Sam and Mikaela 's theme song in the movie Transformers: The Movie (2007).

The Goo Goo Dolls have announced recording sessions for a new album, on their official website, unrelated to their Volume Two in 2008.[11] In addition, the band performed as part of the O2 Wireless Festival in London's Hyde Park in the summer of 2008,[12] at the Miller Lite Rock 'N Racing show at the Indianapolis Motor Speedway during qualifying for the 2008 Allstate 400 at the Brickyard NASCAR Sprint Cup Series race,[13] as well as performing a four show tour across England.

On July 2, 2008, the Goo Goo Dolls released a new single called "Real" to select iTunes stores, while it was released on the AT&T USA Olympic Team soundtrack to the remaining iTunes stores on August 8, 2008, coinciding with the start of the 2008 Beijing Olympics. "Real" is also the theme song for World Wrestling Entertainment's "Tribute to the Troops 2008".

The band are currently recording for their new album and will be releasing short video clips from their recording sessions at the studio from April 13 on their MySpace band page.

On June 12, 2009, the band mentioned on their Facebook page that the producer for their new album is Tim Palmer. 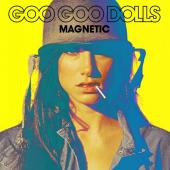 Magnetic
Released: 2013
Tracks: 11
Including: Caught In The Storm 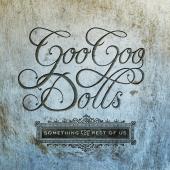 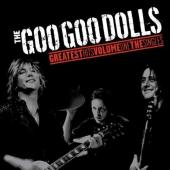 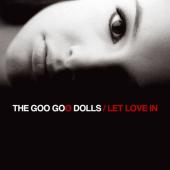 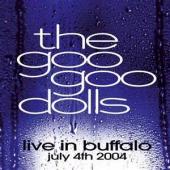 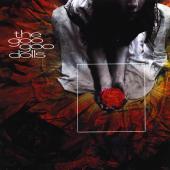 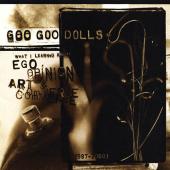 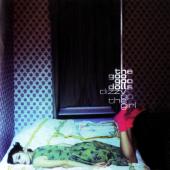 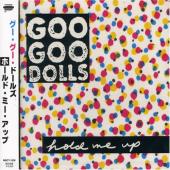 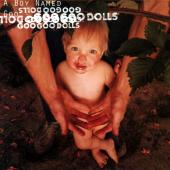 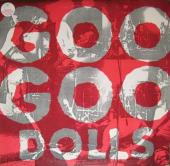 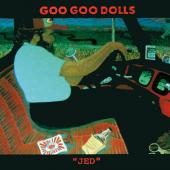 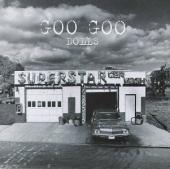 Superstar Car Wash
Released: 1993
Tracks: 14
Including: Another Second Time Around