Apocalyptica is a Finnish band consisting of three, formerly four, classically trained cellists and, since 2003, a drummer. Their speciality, called cello rock, is metal music played on cellos, though they also play classical music. They are all graduates of the Sibelius Academy in Helsinki.

Their first album, Plays Metallica by Four Cellos, consisted solely of Metallica covers. For their second album Inquisition Symphony, they added covers of Faith No More, Sepultura and Pantera, as well as three original songs. Cult followed in the same style of music.
For their fourth album, Reflections, they developed their style of cello metal further; adding drums and developing a more electronic sound, instead of the previous acoustic style arrangement found on Inquisition Symphony and Cult.

In 1999, Antero Manninen left the band, being replaced by Perttu Kivilaakso. Max Lilja left in 2002, leaving Apocalyptica with only three members. Dave Lombardo did the drumming for five tracks on Reflections and for one track on Apocalyptica. Lombardo was unable to tour with the group from the beginning so Mikko Sirén filled the position and is now officially the fourth member of Apocalyptica. During concerts Antero Manninen also supports the group as fourth cellist.

Apocalyptica are currently working on their sixth studio album in Helsinki.

So far they have sold two million albums worldwide, played in more than 30 countries, played with Rammstein on the Reise, Reise tour, and supported Metallica twice. 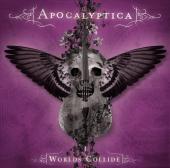 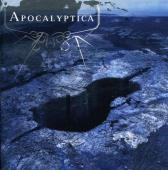 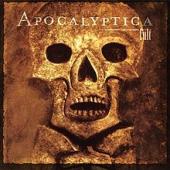